21 May – AGM and Spring Barbeque

The club’s 37th Annual General Meeting was held at Great Springs on Sunday morning followed by a barbecue and fishing. Chairman Charles Stancomb stepped back from his role and Poppet Hosp was elected by the members to continue Charles’ excellent work. The weather was kind and the lakes looked in splendid condition. 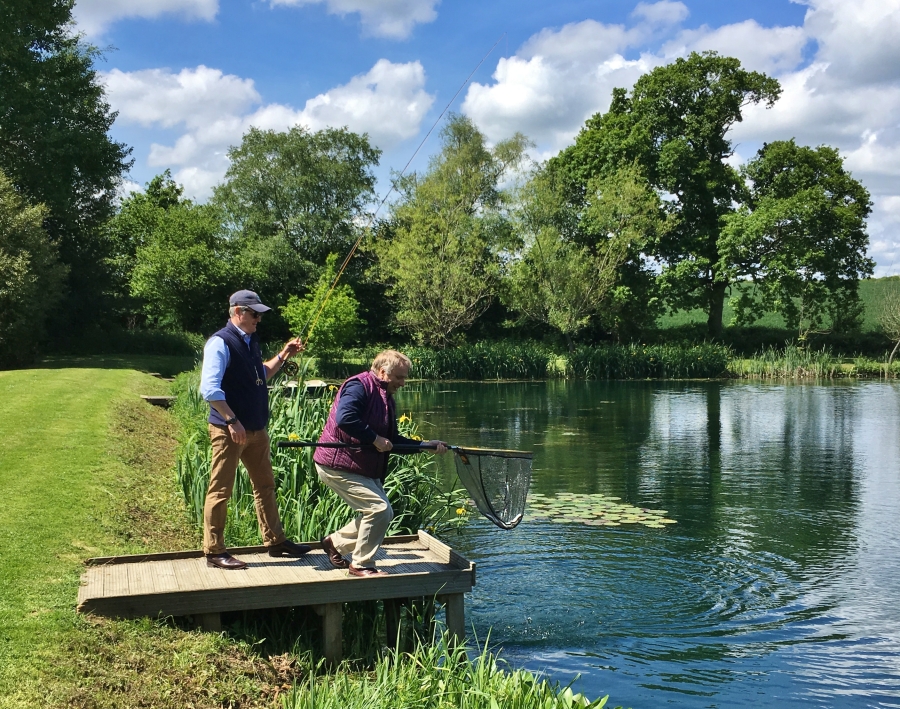 Fishing on the river was hampered by heavy rain which bought the level up two feet and coloured the water. By Saturday the level had dropped and the fish were taking dry flies. Most of the colour had gone by Sunday. Members visited the river on 18 occasions and caught 21 fish all of which were released. The catch included 4 wild fish, 2 sea trout and 2 over wintered fish both of which were 3lb+.