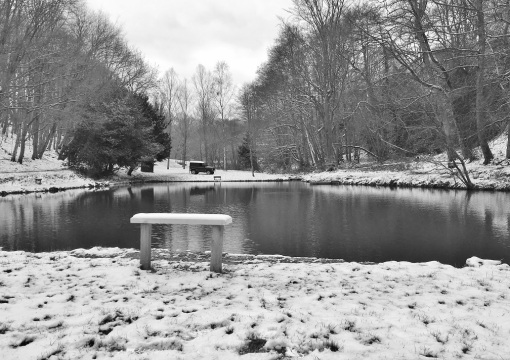 Spring – The season opened on 17 March. The winter maintenance work had been completed, the rain in February had filled the lakes and the trout had been stocked. However, for most members, the snow and ice delayed fishing until the end of the month. The catch and release trial at Little Bognor was very popular during March and April, particularly with members who normally fish the river. Of the 99 fish caught at Little Bognor in the first 9 days of the season, 88 were returned.

The stocking of Great Springs was delayed a month to allow the water to settle. Spring finally arrived in mid April, the rainbow lakes became more productive and some good size trout were caught. The first Mayfly was seen on 3 May at Little Springs. The spring Barbeque was well attended and several good fish were caught from Upper and Lower Figgs. 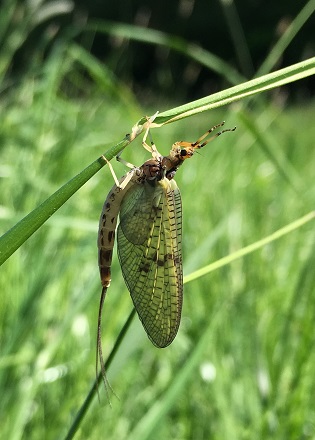 3 May – Mayfly at Little Springs

During May olives and mayfly continued to hatch in good numbers around the lakes. The most popular lakes were Great Springs and Little Springs, members continued to catch and release good numbers of fish at Little Bognor. 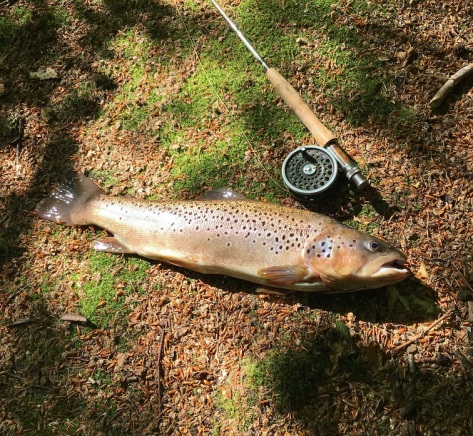 Summer – The cold and wet weather at the end of May brought the main Mayfly hatch to an end but small numbers continued to appear throughout June. The Orvis Day at Great Springs on 9 June was well attended. The cool, spring fed lakes at Little Bognor became more popular as the water temperature rose in the other lakes.

During June the south east of England had less than 10% of the normal summer rainfall and temperatures reached 30 degrees. The fish in the rainbow lakes became lethargic and fed only at dawn and dusk. 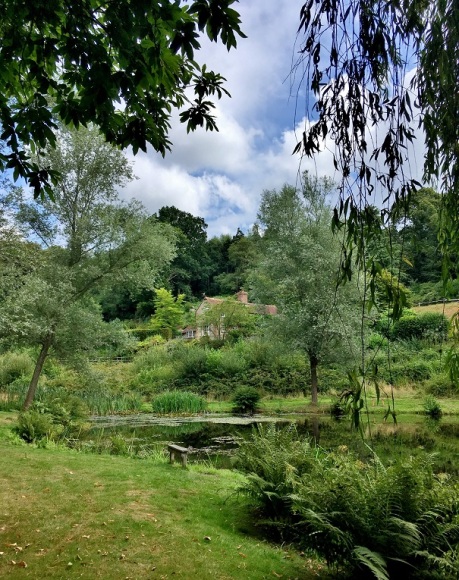 Autumn – In early September the water temperature had dropped to 19 degrees and it continued to fall throughout the month. The lakes were restocked and by the end of September, the numbers of trout caught had returned to normal. Lower Figgs was drained and left fallow to kill the invasive Canadian Pondweed. During October the lakes were stocked and some exceptionally large trout were released. 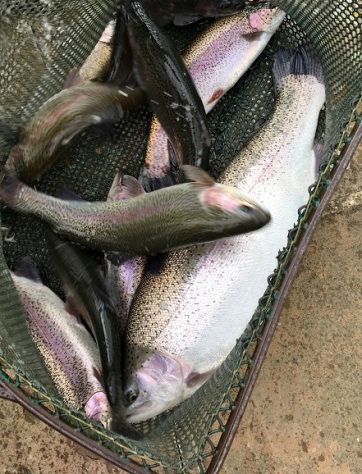 In the last week of October trout over 6lbs were caught from Luffs and Great Springs and members continued to catch and release good numbers of fish from Little Bognor.

The November weather reduced the number of visits to the lakes but some beautiful fish were caught including trout of 7lb 2ozs and 9lb 12ozs.

Despite the ‘Beast from the East’ and the extreme summer temperatures, the lakes were popular throughout the season and over 1,000 trout were caught.

Maintenance work to improve the lakes is planned for the winter. Members are encouraged to attend the Annual General Meeting to discuss next seasons fishing.