The Arun and Rother Rivers Trust (ARRT) is a registered charity formed in 2011 and is part of a national network of River Trusts. The main objectives of ARRT are to protect the rivers, improve biodiversity and to work closely with the Environment Agency (EA), farmers, fishing clubs and other organisations. Andrew Thompson, the club’s Keeper,  is a Trustee.

The Arun and Rother catchment area covers 575 square miles and is dominated by the chalk ridge of the South Downs, greensand and the clay of the Weald. The Rother valley is a Site of Nature Conservation Interest (SNCI) and since 2010, has been a part of the South Downs National Park. The Rother is not the original name of the river. The old name was ‘Scire’, a Saxon word meaning ‘bright and clear’.

The club’s stretch of the river was part of the Rother Navigation. Artifical cuts and locks were built between 1791 and 1795 turning the river into a canal for the import of coal and the export of corn and timber. The Leconfield Estate is working with ARRT, the EA, the Wild Trout Trust (WTT) and other organisations to return the river to it’s natural state.

Regular surveys of freshwater invertebrates are carried out as part of the Rother Riverfly Scheme. The survey work involves volunteers collecting samples of invertebrates from the riverbed and recording the abundance of eight riverfly groups. The data is used to monitor water quality.

The Wild Trout Trust is a charity that stimulates conservation projects to improve river habitat. The South Coast Sea Trout Project (SCSTP) is a partnership between the EA, the WTT, the Atlantic Salmon Trust and the ARRT. The project focuses on the freshwater element of the sea trout lifecycle The objectives are to improve the spawning and juvenile habitat and to improve fish migration through the installation of low cost fish easements. 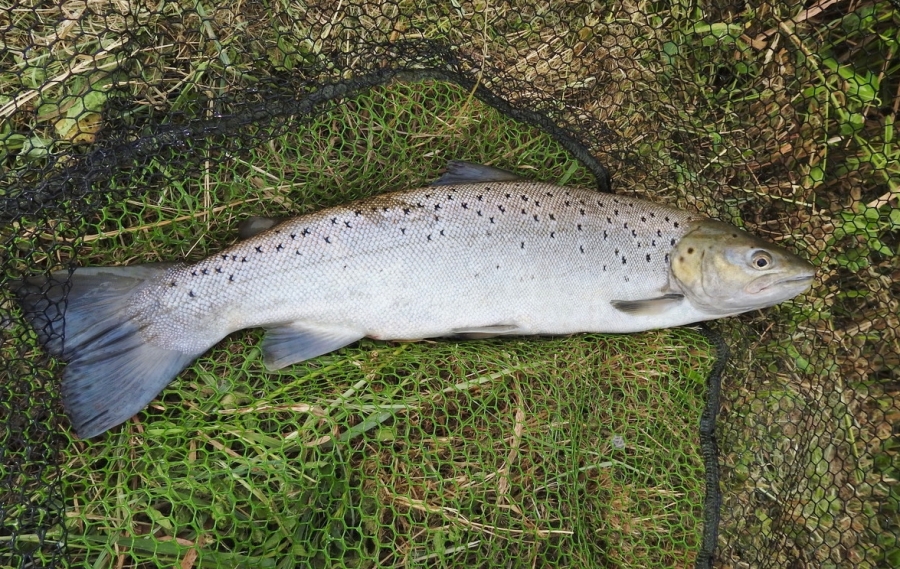 On the Rother new gravel riffles have been constructed to improve the habitat for invertebrates, to provide spawning sites for the fish, to speed the flow of water thus removing silt and increasing the amount of dissolved  oxygen. The restoration of the river also includes restricting the width of the river, leaving tree cover for shelter and shade.  All wild trout and sea trout caught by members are carefully returned to the river 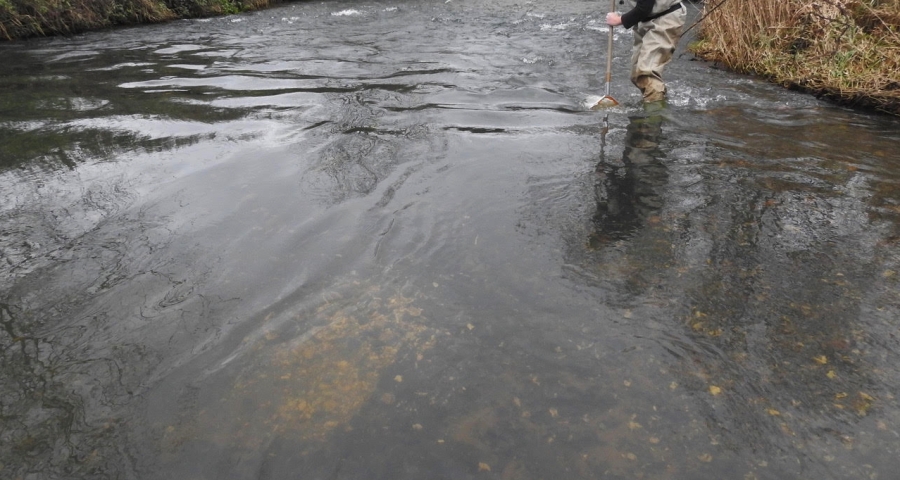 A redd above one of the new riffles

After several years the results of these projects are apparent. The riffles hold good numbers of invertebrates and the population of wild trout is increasing. During May there were lots of sea trout smolts migrating downstream. Several mature fish in the 4-5lb class were caught later in the season. In order to protect the wild brown trout and sea trout, only barbless hooks may be used.