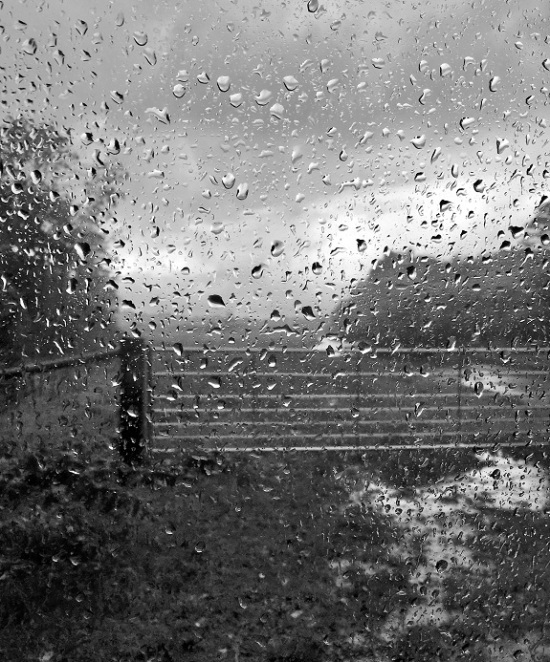 Strong winds and heavy rain last week made the fishing uncomfortable but during the odd calm, dry spell feeding trout could be caught.

“There are many large fish still in the rainbow trout lakes. A couple of members have been very successful and here are some words of wisdom from James, who has caught a couple.”  . . . Andrew Thompson 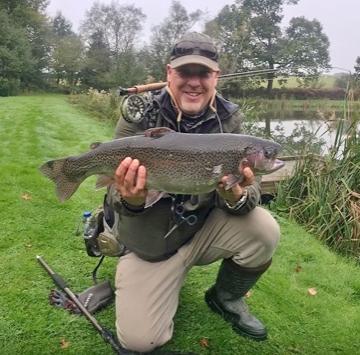 “I stalk them in the margins, using a buzzer pattern. I’ve always sight fished on every water especially the Test and other chalk streams. If I can’t see them I don’t cast. In fact on the last two occasions I had barely any fly line out. Just twitch the buzzer by the fish and they should react. If they don’t, move on to the next fly that does create a reaction. Staying mobile, changing flies and watching how the fish reacts to your fly does the trick. I may have to change flies, even buzzer patterns, a dozen plus times to find the one that works in any session.

If you adapt and change your approach and are stealthy you’ll catch. A double still eludes me at Leconfield, I lost one approaching that, just before the last 8lb fish, I’d been stalking and returning to the fish for the last few sessions. The rod is a 5wt, line is Orvis Pro power taper (floating) and when I go for the bigger fish I don’t go under Orvis Super Strong 4x although I would recommend 3x for those not used to playing larger fish. The fights are tough and fast particularly with the bank side lilies and weed. I fish on my own a lot but if you have a friend nearby it helps with netting the fish.” 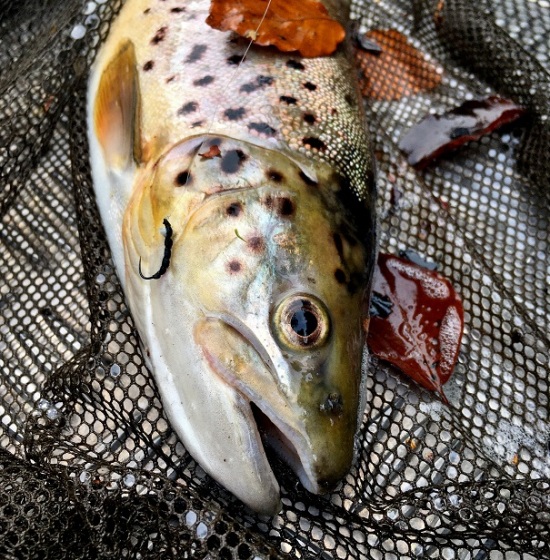 Lakes – the lakes were slightly coloured by the recent rain but the flow of fresh, cold water lowered the temperature of the lakes and made the fish more active. Fish were rising at Little Bognor and could be caught on small buzzer patterns fished just under the surface.

Members visited the lakes on 37 occasions and caught 14 trout including a fish of 8lbs 5ozs from Great Springs. The majority of the trout were caught from Little Springs and Little Bognor.

River – the river breached its banks but the water level fell rapidly during mid week. Unfortunately heavy rain on Thursday night raised the level again. The weather forecast for the last few days of the season on the river looks favourable and there might be time to catch one last fish !

Members visited the river on 5 occasions but no trout were caught.

Season End – fishing on Upper and Lower Figgs ends on 31 October because of the pheasant shooting in that area. The other rainbow lakes remain open until the end of November.

We are due to exit from the river and leave the trout alone on 31 October.